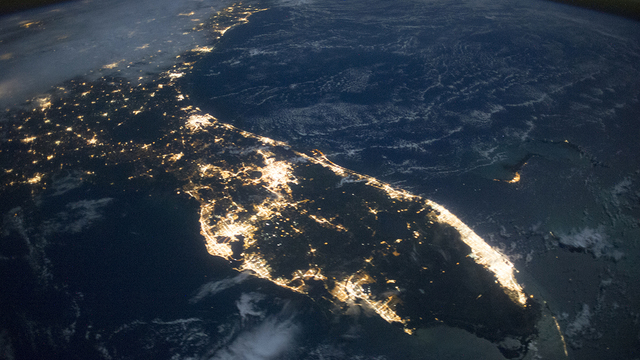 There is nothing new about the idea of people wanting to retire where it’s warm, but it’s happening now more than ever! Florida has outgrown New York and our Economy is booming.  Millions of people are investing in Florida and the real estate and construction industry are seeing a boom in business.
–  TALLAHASSEE, Fla. (NSF) – It wasn’t so long ago that Florida was trying catch New York. Now, at least in the population game, it has left New York in the dust.

The U.S. Census Bureau on Wednesday released new estimates showing Florida had about 21.3 million residents as of July 1, cementing Florida’s place as the third most-populous state behind California and Texas.

Florida also had the fifth-highest growth rate from July 2017 to July 2018, with all of the fastest-growing states in the southern and western parts of the country. Puerto Rico and nine states had population declines during the period, according to the Census Bureau.

Florida has seen its population steadily increase from 18.8 million in 2010 to 21.3 million this year. It climbed ahead of New York to move into third place nationally in 2014 and has steadily expanded the gap, with New York at 19.54 million people this year.

But Florida is nowhere close to overtaking California, which had an estimated 39.56 million people, or Texas, with 28.7 million. Behind California, Texas, Florida and New York, the other top-10 states this year are Pennsylvania, with 12.8 million people; Illinois, with 12.74 million; Ohio, with 11.69 million; Georgia, with 10.52 million; North Carolina, with 10.38 million; and Michigan, with about 10 million.

The trends indicate many people are looking to live where it is warm or where they can enjoy the mountains.

The fastest rates of growth from 2017 to 2018 were in Nevada, 2.1 percent; Idaho, 2.1 percent; Utah, 1.9 percent; Arizona, 1.7 percent; and Florida, 1.5 percent. Rounding out the top 10 in growth rates were Washington, Colorado, Texas, South Carolina and North Carolina, according to the Census Bureau.

The biggest decline, however, came in Puerto Rico, which saw an estimated population decrease of 129,848 people, or 3.9 percent, from July 2017 to July 2018. During that period, the U.S. territory was devastated by Hurricane Maria.

“Puerto Rico has seen a steady decline in population over the last decade,” Sandra Johnson, a Census bureau demographer and statistician, said in comments released Wednesday with the new estimates. “Hurricane Maria in September of 2017 further impacted that loss, both before and during the recovery period.”

By: Jim Saunders, The News Service of Florida

Let us do your next renovation project.  David Shoultz, and his team at Beachfront Builders located in Delray Beach, do all kinds of construction from remodels, flips, renovations, and new construction. Furthermore, his wife Ivana Shoultz and her company Beachfront Properties handle all of the design and real estate portions for each project. They work together to help you find any home, and make it your very own.  This is our passion, we live here locally and would love to help you.  So, Contact us if you’re interested in finding that perfect #beachfront winter getaway and we’ll help make that dream a reality.

Beachfront Builders. We are local, Licensed and Insured Contractors that offer a unique style of building. Uniquely, we do this by focusing on luxury, sustainability and using the latest technology to build your dream home. Not to mention, we work with the best Architects and Interior Designers to design your dream home and build them exactly the way you want. Therefore, we pride ourselves on all of the various small details and try our hardest to make this process, an enjoyable and great experience for everybody.

Lastly, we look forward to getting your feedback and potentially working together in the future!